Your menstrual cycle says a lot about your health.

The menstrual cycle is the monthly changes a woman’s body goes through in preparation for the possibility of pregnancy. Each month, one of the ovaries releases an egg — a process called ovulation. At the same time, hormonal changes prepare the uterus for pregnancy. If ovulation takes place and the egg isn’t fertilized, the lining of the uterus sheds. This is a menstrual period.   This cycle isn’t the same for everyone.  Menstrual flow might occur every 21 to 35 days and last two to seven days.   The cycle is counted from the first day of one period to the start of the next.

The female body goes through different hormone changes throughout each month. At the start of the cycle a message from the hypothalamus to the pituitary gland initiates the release of follicle stimulating hormone (FSH). A follicle develops to the point that a mature egg is released. At the same time, estrogen levels increase, triggering a surge in luteinizing hormone (LH), which, at its peak, causes that mature egg to exit the ovary and enter the fallopian tube. This synchronized process is more concisely referred to as ovulation.   This process involves your HPA axis – the hypothalamus, pituitary gland & adrenal glands.

The HPA axis is best known for its’ role in our body’s reaction to stress. The hypothalamus controls the pituitary (which is known as the master gland).  The pituitary controls the thyroid, adrenals & ovaries. They all must work together to manage our hormones.  Increased stress supresses the functioning of the hypothalamus, which starts a cascade effect.

Stress can come from any number of interferences to these hormonal shifts—work, relationships, kids, travel, exercising too much, not eating well, or changing medications. In these situations, hormones can get out of whack, causing abnormal cycle.  When we are under stress our body releases the hormones adrenaline & cortisol.

Stress is primarily a physical response.  When we feel stressed our body thinks it is under attack – this was necessary years ago for survival.  When the body feels it is under attack it switches into “fight or flight” mode.   This mode releases hormones like adrenaline, cortisol and norepinephrine to prepare our bodies for physical action.  When we are in real danger this release of hormones supplies a rush of energy, which prepares us to survive danger.  In caveman times it was the danger of an animal attack, in modern day it can help us respond quickly if we are about to hit another car and we slam on the breaks.

There are 3 main hormones involved when we are stressed – Adrenaline, Norepinephrine and Cortisol.

In a real life threatening situation optimal amounts of cortisol are key as it helps maintain blood pressure and maintains fluid balance as well as regulating the body functions that aren’t crucial like immunity, digestion and growth.  Unfortunately in today’s world many of us are chronically stressed, worrying about everything and it is this state that leaves our body continuously releasing cortisol.  When it is continuously elevated it leads to many health problems.

With constantly elevated cortisol our adrenals become fatigued and we will have HPA axis dysfunction.  Everything on the axis must run smoothly to stay working.  When one isn’t working it can affect a series of other reactions and there is a domino effect in the body.  Your body will become desensitized to stress hormones.  The cortisol switch gets stuck and it will wear out the adrenals. Cortisol increases brain function and, with increased stress it will slow and stop functions that are considered to be “non-essential” for the body.  The menstrual cycle is deemed unnecessary so cortisol tells the brain to stop releasing the reproductive hormones estrogen & progesteron.  Progesterone is also used to produce cortisol so therefore when you are stressed out the excess cortisol secreted decreases progresterone.  It becomes a cycle.

Here are just some of the most common ways stress can affect your cycle due to the hormones not functioning properly.

When stress occurs in the follicular phase, that is, the stage before ovulation, the body may not trigger hormones to be released at the proper time, resulting in delayed ovulation.

A secondary effect of delayed ovulation is a longer cycle overall.

Stress early in the cycle may interrupt ovulation altogether, so that a woman experiences a cycle in which neither ovary releases an egg.

When stress occurs after ovulation, it can shorten the luteal phase, the phase post- ovulation.  This phase is normally between 12 and 16 days.  A shorter luteal phase causes the period to begin sooner than anticipated.

In more extreme cases, stress can cause a woman to miss a cycle all together. After a few missed periods it could be diagnosed ammenorhea caused by the hypothalamus. In short, the body is so stressed out, it doesn’t release the hormones needed to reproduce.

If you are suffering from any of these here are 3 suggestions to help you have a healthy, regular cycle.

Take a B6 supplement

B vitamins are depleted during times of stress.  Vitamin B6 is necessary for the production of the corpus luteum. Low B6 means low progesterone.  Low progesterone also means you are likely to have a luteal phase defect, meaning a luteal phase shorter than 10 days after ovulation.

You can get Vitamin B6 from your food: it’s found in blueberries, organ meats, trout, molasses, green leafy veggies, and whole grains.

Alcohol can impair the adequate functioning of the ovaries, which will result in hormone deficiencies.  Alcohol heavily depletes the B vitamins, all of which are also depleted during stress, but are necessary for healthy hormone production.

Caffeine increases feelings of stress & anxiety in many, but more so it increases hormone imbalances.  Caffeine disrupts ovulation by increasing cortisol levels and stressing the adrenals.  With increased caffeine intake those B vitamins will once again be depleted, and those vitamins are essential for ovulation. 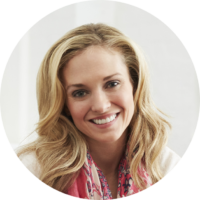 Toronto Nutritionist and Hormone Specialist Ciara Foy helps overachievers understand their health. By assisting them to prioritize their internal life and create room for self-care, she gets them on track towards becoming their happiest, healthiest, most productive selves.

Liked this post? Chat with me for 15 minutes on ANYTHING!  Book Your FREE Call Here